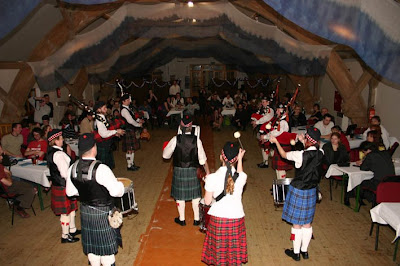 As promised, a few pics to show what those crazy Czechs get up to on Burns night. And since I've pinched a few pictures from their website I'll start off with The Rebel Pipers, an all Czech Pipe band, featuring our good friends David Neckar & Veronika Neckarova, who did a few sets throughout the evening. 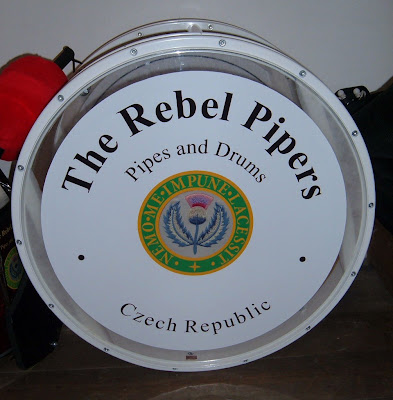 As well as the usual haggis, speeches, poems & songs to celebrate our national bard there was plenty of dancing and I have to say they were pretty darn good at it. Out of the 60-70 people there there were only about 5 Scots, and as I was without a stitch of tartan on I did feel a little under-dressed (or bizarrely....under-Scottish!), especially as I'd been told earlier in the day by a Slovak that I didn't have a Scottish accent....eek, how damning! 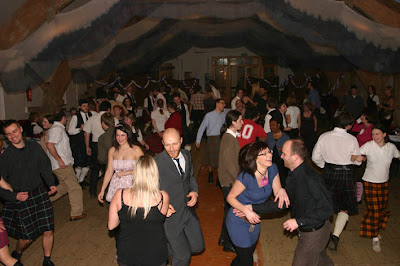 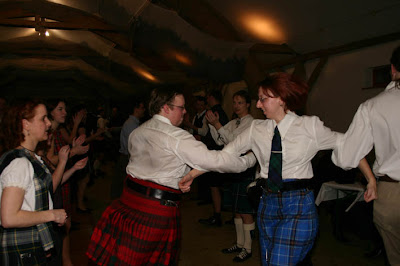 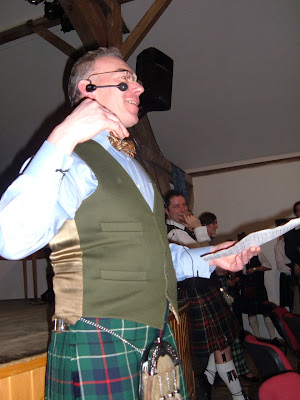 My multi-lingual partner Ken was asked to do the 'Address to The Haggis'and then 'The Immortal Memory' (a wee run down on the life & loves of Robert Burns) which he decided to do in Czech - to which he got many laughs (and some of them were intentional!). Below is a picture of his notes which were scrambled together about an hour before. I'm afraid just looking at them made my head hurt. 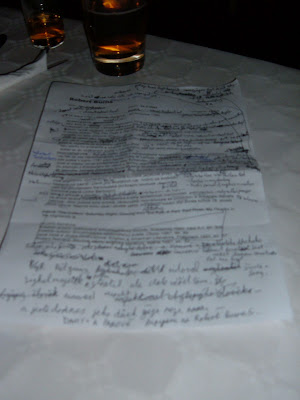 The event was organised by a Brno based group of Scotophiles called Skotský pes (that David & Veronika again) which translates as Scotch Dog - they also do an annual Scottish Ball and St. Andrew's Ceilidh....the mad things!
www.skotskypes.cz
www.rebelpiper.cz
Posted by boo vake at 14:33

Email ThisBlogThis!Share to TwitterShare to FacebookShare to Pinterest
Labels: other stuff