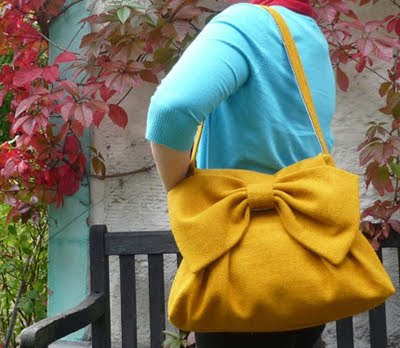 It's so good to see so many designers using beautiful Harris Tweed in their work and we have many of them here at boo vake - such as Katherine Emtage, Roobedo, Joan Macleod, Càdadh - and now....Breagha! Breagha is Glasgow based and South Uist born & bred designer Mairead MacAulay and she makes the most stunning bags (a few of which you can see above and below).
breagha bags from £65-£75 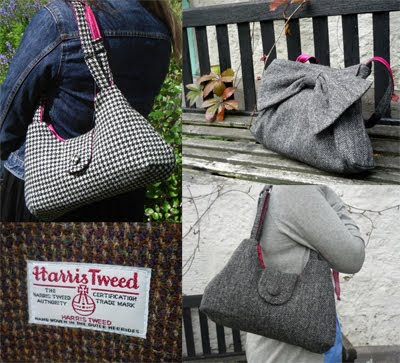 And if that wasn't enough - also just in are some more Harris Tweed bags (below) from Poolewe based Mary Buchanan of Càdadh.
Càdadh bags from £62-£66 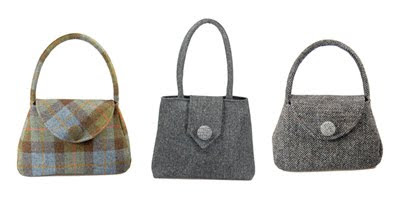 Harris Tweed is such a fabulous unique material and something which we should be very proud of here in Scotland. When we were in Stockholm recently we spent a day at a place called Skansen, which is a large 'folk' park where traditional buildings from all over Sweden have been brought and re-assembled. Many of the buildings are 'inhabited' to show how life would have been and in one of the traditional farm buildings there was a young woman weaving on a loom by hand. My partner Ken had his Harris Tweed cap in his bag and he brought this out to show her. She was quite amazed that hand woven tweed was still being produced in Scotland and that it was unsubsidised. Certainly made me think that maybe we don't quite appreciate what we do have here in Scotland and perhaps we should shout about it a bit louder.
Posted by boo vake at 13:32